From Villa La Coste in Provence to New York’s 1 Hotel Brooklyn Bridge, hotels are increasingly defining themselves through art. So, furrowed brows and goatee beards at the ready: here we take a forensic look at some of our most creatively inclined stays. First up, La Fiermontina, a modernist masterpiece in Puglia with art very much at its heart.

Ask a renowned British sculptor to conceptualise an entire room; get the world’s most famous collage artist to deck out your entrance hall; or hire an army of local creatives to add historical gravitas to an otherwise soulless edifice – there are plenty of ways a hotel might use art to build character.

And yet how many times have you walked past a painting or sculpture in a hotel lobby, admired it fleetingly, and moved on? This could be true of La Fiermontina in Italy’s Puglia. Without knowing the hotel’s backstory, the artworks on display – although clearly beautiful – might play second fiddle to its strikingly minimal aesthetic, its smoothly rendered pietra di Trani floors or its star-pinnacled stone ceilings.

But speak to Antonia Filali, co-owner of La Fiermontina and granddaughter of Italian muse and artist, Antonia Fiermonte, and suddenly each artwork becomes a brush stroke in a bigger picture of tragedy, passion and betrayal. 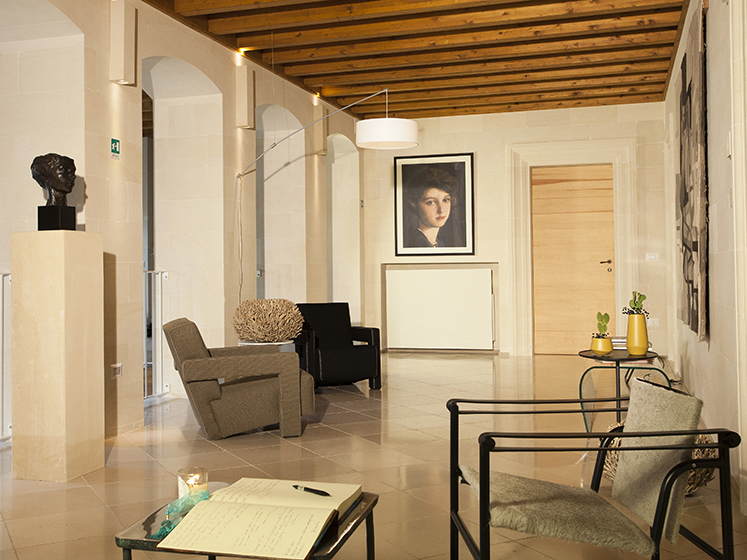 Portrait of Antonia Fiermonte in the lobby of La Fiermontina hotel

Fiermonte, like many ambitious young women of the age, was seduced by 1930s Paris and moved there from Puglia to marry promising French sculptor René Letourneur. With his artist friend and neighbour, Jacques Zwobada, Letourneur won a commission for an enormous statue of Simon Bolivar in Quito, Ecuador (check it out, it’s smack-to-the-face huuuge). The two worked on the project for four years in their shared studio in Fontenay-aux-Roses outside Paris. Fiermonte, meanwhile, became a glamorous fixture in Parisian high society, modelling for the fashion-design elite, including Madeleine Vionnet and Elsa Schiaparelli.

But here’s where it gets spicy: Fiermonte left Letourneur – for none other than his partner Jacques Zwobada. The two divorced, and Fiermonte married Zwobada (the scandal). Yet the two lovers weren’t destined for a long and happy life together. On a trip to Italy, Antonia Fiermonte collapsed suddenly and died at the age of 42. Zwobada’s artwork would never be the same – he obsessed over his deceased wife, producing hundreds of dark and brooding paintings, sketches and sculptures of her in an attempt to make sense of his grief. The work of Letourneur, who was also heartbroken, took a dark turn, too.

Later in life the two friends – the stoic, classically trained Letourneur and the fiery, romantic Zwobada – were able to put aside their differences. Zwobada died in 1967 but Letourneur lived until he was 91, working as busily as ever in his studio in France until his death in 1990. The grandchildren from his marriage with Fiermonte, Giacomo and Antonia, remember the artist’s kindly presence. To them, his towering abstract sculptures felt like family heirlooms.

On a trip through his grandmother’s home country of Italy, French-raised Giacomo Fiermonte was exploring the Baroque city of Lecce when he came across a property for sale tucked into the corner of its ancient walls, and fell in love. Initially intending it to be his home, Fiermonte enlisted Pugliese architect Antonio Annicchiarico to build La Fiermontina from the same cream-hued Lecce stone as the rest of the city. And the results were clearly too good not to share. Today, La Fiermontina is a marriage of warmth, rusticity and minimalist elegance, run by Giacomo in tandem with his sister Antonia.

Art is tastefully scattered throughout the hotel. In the garden – lined by ancient citrus and olive trees replanted here to both represent and yield Puglia’s famous produce – three large sculptures dominate. The first is by cubist Fernand Léger, whose stylised works went on to influence pop art. Letourneur and Zwobada are well represented, too, of course. The former’s twisted, Greek-inspired torso is ‘100 per cent Antonia Fiermonte’, according to her granddaughter. And the third sculpture in the garden is Zwobada’s, a curvaceous totem presiding over the dining patio. Its mood shifts with the sunlight. 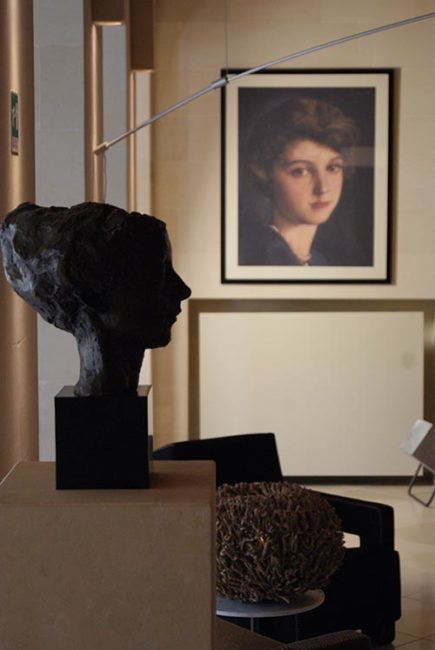 Then, in the lobby, see how Letourneur’s sketched nude of Antonia faces a bust by Zwobada, also of her, and (once you knowtheir history) feel the electricity as you move between the two. Alongside reception is another, smaller Zwobada. Stare into what could be a human form bursting and flailing and screaming, and you’ll notice the hole in the centre where a heart would be. At the far end overseeing all of this is a portrait of the 17-year-old Antonia Fiermonte, painted before her move to Paris. Is that calmness or sadness in her eyes, you wonder? Her granddaughter is certain. ‘Sadness’, she says. It might be enough to break your heart, if you hadn’t already fallen in love with the hotel.

About us
Welcome to WordSmith – the online magazine for the Mr & Mrs Smith travel club. Want to know more? Right this way...
Close
Subscribe
Thank you for subscribing!
Hotels trending in Italy
Borgo Egnazia 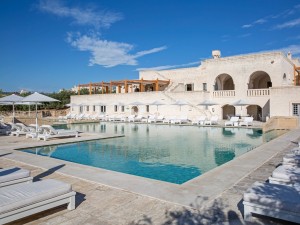 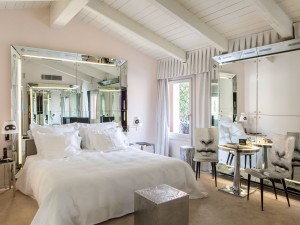 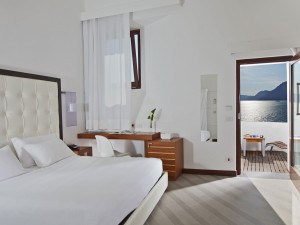 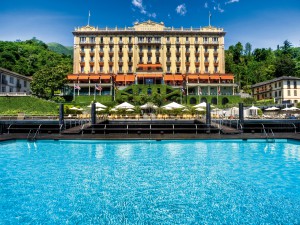