Deputy music editor at The Guardian, contributing editor at Q, and writer for the likes of Pitchfork, Mojo and NPR, Laura Snapes is one of our most accomplished musical commentators – although she’s always happy to turn her hand to hotels as a roving Smith reviewer. Here Laura shares her holiday listening habits, from Paramore car singalongs to in-flight drone music…

What’s the song that immediately transports you somewhere else?
The Violent Femmes’ ‘Blister in the Sun’ always takes me back to my very first nights out as an underage teenager in Cornwall, going to punk and rockabilly nights that I was definitely too young to be at.

Which song always reminds you of home?
It’s a newish record, but Gwenno’s Le Kov – which is all sung in Cornish – distils the weird mix of salty mist and woozy technological undercurrent that reminds me of home, despite me not speaking a word of the language. On ‘Eus Keus’ (which means ‘Is there cheese?’), she sings a string of Cornish place names that sound pretty mystical anyway, but something about hearing words I’ve seen on road signs all my life sung aloud was strangely moving.

The ultimate road-trip song
Anything you can belt along to unselfconsciously. I’ve had Paramore’s ‘After Laughter’ in the car for a while, which does the trick.

Ideal sunset soundtrack?
Impossible to pick just one, though Bowie’s ‘Let’s Dance’ really has that dusk to night-time cheekiness down.

And your poolside party jam?
Hot Chip’s ‘Over and Over’ forever. 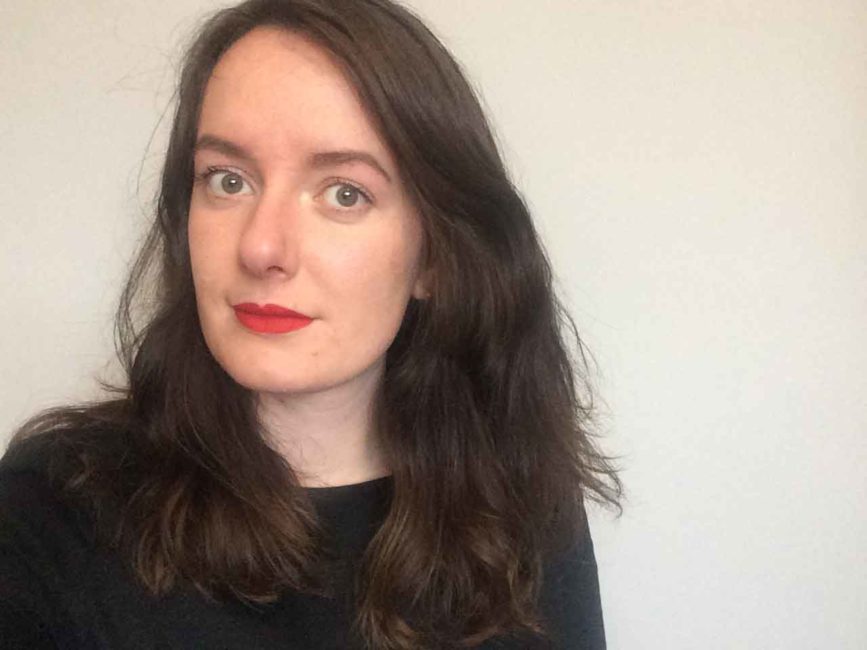 Your favourite song about travelling?
Joni Mitchell’s Hejira is the ultimate road-trip album: aimless, but totally in control, and terrifying men along the way. ‘Refuge of the Roads’ is the highlight: ‘And it made most people nervous/They just didn’t want to know/What I was seeing in the refuge of the roads…’

Required airport listening?
Something completely enveloping and transporting to block out all the noise. Last year I was stuck in Minneapolis St Paul airport for hours and listened to Nadine Shah’s Holiday Destination on repeat. It’s soothing but also noisy enough to keep you alert.

Is there a country you have a particular musical obsession with?
Sweden definitely punches above its weight in terms of pop and more experimental music. I first went there aged 19 because of Jens Lekman’s album Night Falls Over Kortedala, which is set in Gothenburg, and loved it. Knowing that album inside out even made mundane things like public transport romantic…

Best musical memory from a holiday…
Last November a friend and I went to Paris for the Pitchfork festival. On the Saturday, we had a day that felt almost sickeningly like something out of a movie. We ate ice cream in the rain, saw a Wong Kar Wai retrospective dubbed in French, walked for an hour to find the perfect dinner (and succeeded) and, in the restaurant, witnessed a fight where an ex-member of staff threw a tiny pumpkin into the awning and a tussle ensued. In the cab on the way back to the festival I asked, in bad French, whether the driver could put on a cheesy station. ‘La nostalgie?’ he asked. ‘Oui’. He switched stations and Wham!’s ‘Last Christmas’ came on. It was 3 November. We were over the moon.

You’re going away for a while – which records are essential packing?
I still have a 160gb iPod, fast approaching its 10th birthday, so I don’t have to choose what to bring. But for a long-haul flight, I like to fall asleep listening to drone music – something like William Basinski’s Disintegration Loops is ideal.