‘Are oysters really an aphrodisiac?’ I ask, staring at the plate of loaded shells arranged around a tray of ice.

Florie Tarbouriech, heiress of the Tarbouriech oyster dynasty, peers at me over the rims of her mirror-lens glasses. ‘Mais oui,’ she replies, holding my gaze long enough to let me know she is deadly serious. It is one of many deliciously Gallic moments on my journey through the old French administrative region of Languedoc-Roussillon, now Occitanie, which stretches along the Mediterranean coast between the Pyrenees and Provence. 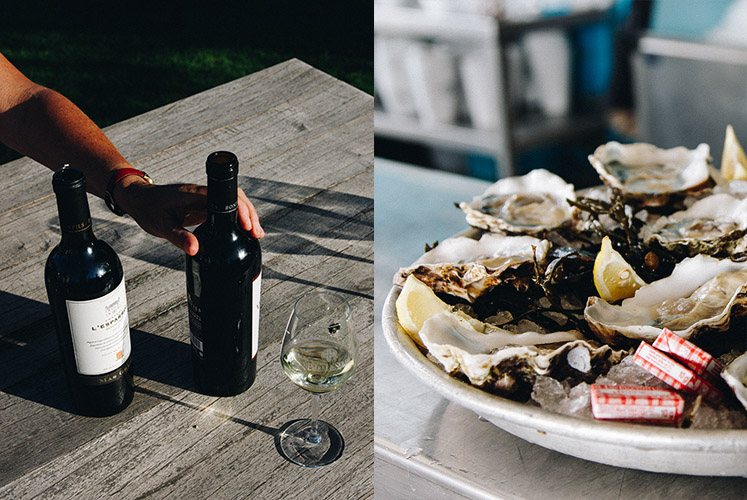 The people here – resilient, proud, in tune with land and sea – have spent much of the past century shrugging at their neighbours on the Côte d’Azur. But all that patient tending to the terroir (and merroir) is paying off. Michelin-star chefs now regard Tarbouriech oysters as among the world’s finest. The region’s wine, too, has undergone something of a renaissance.

I had found my way to Florie by darting through the domaines in a vintage 2CV (another Francophile dream come true) organised for me by my hosts at Château St Pierre de Serjac. ‘You can drive it across a ploughed field with a basket of eggs and not break a single one’, advised the hotel’s owner, Karl O’Hanlon, as we stared out over endless rows of gnarled vines stitched into the hillside. A Dubliner by birth, Karl has lived in the Languedoc with his wife, Anita, since 2006 and is the son of the wine critic Redmond O’Hanlon, an early champion of the region’s new-breed grenache blends, carignan and sparkling Limoux.

It seemed fortune favoured the Languedoc when it was first to recover from a severe blight that laid waste to the mid-19th-century wine industry. Kitted out with the new tools of the Industrial Revolution, and facing few competitors, the region boomed to become Europe’s major supplier. But that ubiquity would also be its downfall: the Languedoc became famous for quantity, rather than the quality associated with the neighbouring Rhône valley. The joke persisted for decades, and by the end of the 20th century most of the Belle Époque châteaux – St Pierre de Serjac included – were crumbling relics. It took the next generation of winemakers, inheritors of fertile soil and fuelled by rivalry and pride, to repair that damaged reputation. And the keen nose of an Irish wine critic. 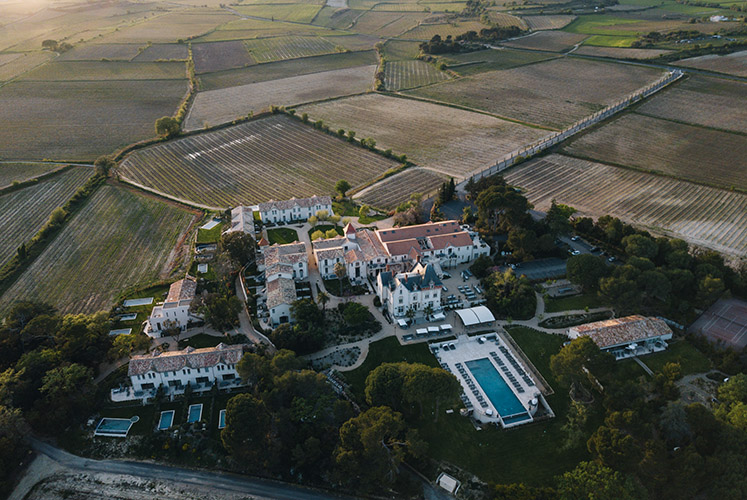 Many of those grand mansions still dot the countryside, with St Pierre de Serjac one of the grandest. Karl has restored it with a master’s eye for detail – turn-of-the-century settees, Italian chandeliers, French oak parquet floors – and runs it in conjunction with a local wine-producing family, the Bonfils.

They’ve helped renovate the winery, too, which is set to produce its first vintage this year. Resident wine expert Kerry leads me past the new stainless-steel tanks and fermenters, between two 16-foot-wide oak barrels and out into the fields of accolaged vines. Out here, the only noise is that of the swifts and swallows, flitting between the cypress trees and aleppo and parasol pines. As she teaches me about organic winemaking and the quirks of local appellations, she stops here and there to pick wild rocket, leek and asparagus from the bushes. 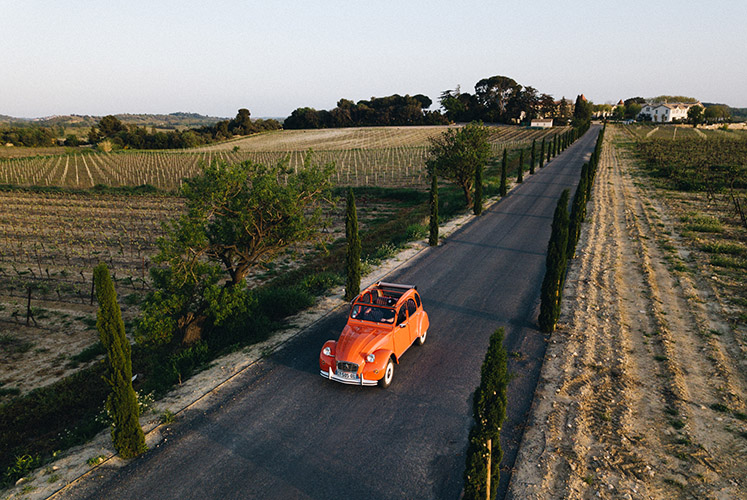 A vintage 2CV – the ideal chariot for the French countryside

We decamp to the hotel’s caveau to taste Bonfils’ racy, spicy 2012 Corbières, and a chardonnay that Kerry describes as ‘sunshine in a glass’. It would be easy to wander the hotel’s vineyard trails, mingle with locals lunching on the terrace, or retire to a hidden daybed in the woods. Instead, the conversation turns to oyster pairing. ‘Order the Picpoul de Pinet,’ Kerry recommends, ‘to counter the salt in shellfish’.

At the wheel of the convertible 2CV (orange, obviously) anything is possible. Sure, there’s no power steering to speak of, but the gears are intuitive and the suspension, as promised, is perfectly smooth. I’m tempted to head inland towards the mountainous Haut-Languedoc natural park for a picnic and a river paddle, or to see the 15,000-year-old cave paintings at Carcassonne, or hire a barge on the Canal du Midi. But my oyster platter awaits. 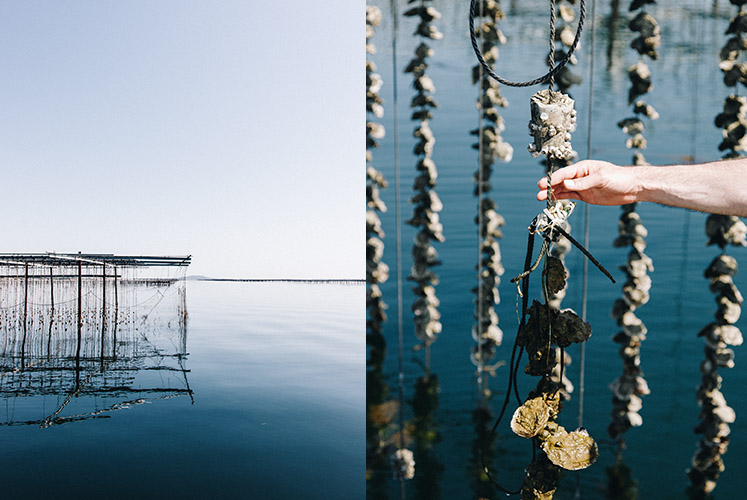 Up close at the Tarbouriech oyster farm

The Étang de Thau produces 10 per cent of France’s oysters, and of the 300 or so farms on this idyllic lagoon, Tarbouriech is by far the most successful. And it’s a success story that mirrors the determined efforts of the region’s winemakers. A decade ago, Florie’s father, Florent, sent a batch to be sampled at Michelin-starred restaurants in Paris. Good, they said, but too soft. But how to strengthen the muscle of an oyster that develops in a lagoon, away from the ebb and flow of the tide? Florent’s solution was a world first.

The ‘solar tide’ system at Tarbouriech

His ‘solar tide’ is a series of pulleys powered by solar panels and controlled by a mobile phone app. At carefully decided intervals the pulleys lift the oysters from the water, giving the fledglings a full-body workout. Being hoisted into the Mediterranean sunshine gives them a rich, pink complexion, too – a bit like some of us Brits. This method, combined with the lagoon’s nutrient-rich mix of salt and freshwater, wowed the chefs. And you’ll now find Tarbouriech oysters on some of the most exclusive dining tables on earth.

Aphrodisiacs on the half shell

The most sought-after is the ‘00’, a mighty mollusc sold in Michelin-starred restaurants for €50 apiece. At Le St Barth, the farm’s lagoon-side tasting shack, they’re much cheaper. Florie explains that it should be eaten in three parts: the salty filtration system (or ‘gills’) first, followed by the tasty, al dente digestive tract, and finally the sweet, succulent muscle, which scaled up in an oyster this size looks almost like a mandarin segment.

Jonathan Swift said, ‘It is a brave man who first ate an oyster.’ His hero, Gulliver, guzzled hundreds. And I can confirm it is a brave – but very fulfilled – man who ate his first ‘00’. Those varied tastes and textures; that glass of delicate Picpoul de Pinet; my trusty 2CV waiting outside: now that’s a flavour of France. I look down at the pile of giant, empty shells and then, romantically, across the lagoon, and realise Florie Tarbouriech is right: oysters really are an aphrodisiac.

For more ways to experience summer 2018, check out a Californian take on utopia at Native hotel in Malibu; explore Tuscany’s land of plenty at Borgo Pignano in Italy; go night riding in Portugal; and stay tuned for a culinary escape in Mallorca…

About us
Welcome to WordSmith – the online magazine for the Mr & Mrs Smith travel club. Want to know more? Right this way...
Close
Subscribe
Thank you for subscribing!
Hotels trending in France
Domaine de Verchant 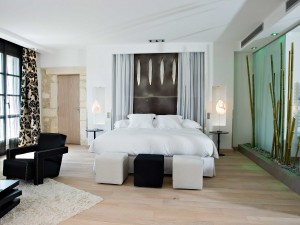 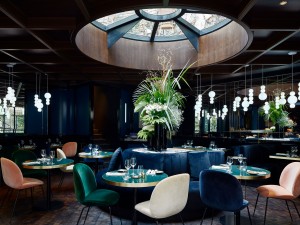 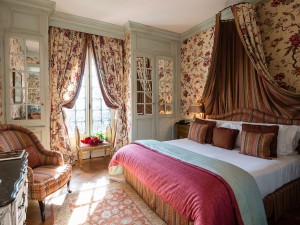 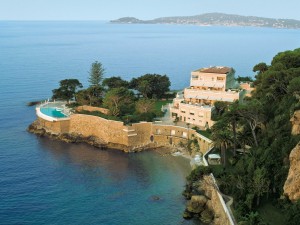 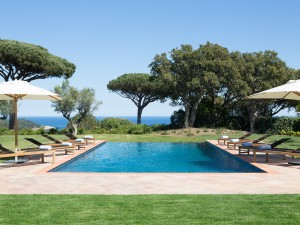