It’s flavoursome and exotic, it’s found in all four corners of the globe and it once started a rather unusual sort of party in Boston. It is, of course, tea, the world’s second favourite drink, pipped to the top spot only by water, which can be so… colourless. If you go somewhere that has water, they’ll almost certainly have tea, too, but some destinations deserve particular prominence on the tea drinker’s map. Here we look at five places where tea is deeply ingrained in the local culture, and where you’ll be able to enjoy an especially memorable cup. There are rooftops in Marrakech, hilltop stations in the Himalayas and a hotel with no address in Charleston, South Carolina. Think of this as a guide that’ll help you get travelling down to a tea. MOROCCO
Moroccans can’t seem to agree on how long they’ve been drinking tea. Looking musingly into his gold-rimmed glass, a shopkeeper will tell you that his ancestors would have enjoyed a similar drink a thousand years ago. A little jealous of your custom, the man from the shop next door laughs, claiming that no Moroccan drank tea until the 19th century. But there is one thing that they’ll agree on: in the Morocco of today, tea is everywhere. A gleaming pot and glasses can be produced any time, any place. Even in the heat of summer, it’s not uncommon for Moroccans to drink an impressive 10 glasses a day. Just as remarkable are the tools of the trade, which are a far cry from ‘world’s best dad’ mugs and kitten-covered tea cosies. In Morocco, you’ll find ornate, hand-hammered pots, intricately painted glasses and trays with patterns so mesmerising they’re left tattooed on your brain. This level of artistry isn’t just indulgence, it hints at the importance of the tea ritual: this isn’t something to be rushed, it’s something to be relished. It’s a feast for the eyes as well as the tongue.

Signature style Found across northwest Africa, Maghrebi mint tea is the combination of Chinese gunpowder green tea, lashings of spearmint and a healthy dose of sugar. Other ingredients such as marjoram, wormwood and lemon verbena can also be added, but it’s the first three that make up the holy trini-tea.

Where to stay Owned by British designer Jasper Conran, L’Hotel Marrakech is a latter-day vision of 1930s Morocco. Somewhat unsurprisingly, the entire hotel is furnished to glorious excess: Conran has stocked every room of this riad with hand-picked antiques and artworks from his private collection, some of which previously belonged to Yves Saint Laurent. On the roof, there’s a pergola-covered terrace that looks towards the Atlas Mountains – what better place for your morning glass?

Where to sip At last light, souk up a glass or two on Le Grand Balcon du Café Glacier, which occupies a prize spot overlooking Marrakech’s famous market square, Jemaa el-Fnaa. There’s no better place to watch the whirl of lights, colours and people reach its nightly peak. INDIA
From mountainous Kashmir to tropical Kerala, wherever you board a train in India, it won’t be long before you hear the rhythmic chant of ‘chai… garam chai’ (tea… hot tea) come drifting down the aisle, followed by the scent of hot spice on the air. Minutes later – for he is a man in high demand – the tea vendor breaks into view. The chai wallah’s call can be heard across  the whole of India, because he is everywhere: at every street corner, truck stop and train station – and little wonder when he has so many customers. India is a nation of tea drinkers –  the world’s second most enthusiastic, in fact. And with a rapidly growing population of 1.3 billion, there’s only going to be more of them to serve.

Signature style Sweet chai with hot milk and masala (spice) is available almost everywhere, with tea stalls often serving as social hubs. That said, India is equally well known for its single-estate teas – the most famous of them being Assam and Darjeeling.

Where to stay You can do no better than a trip that takes you into India’s tea country. ‘Into the Himalayas: mountain villages and high tea’ is a nine-night Mr & Mrs Smith itinerary that begins in Delhi, passing through several mountaintop villages before arriving at a tea plantation on the Himalayan foothills. You’ll experience the vibrancy of the capital, where a multitude of roadside tea sellers compete for your custom over the din of tuk-tuks and old Royal Enfield motorbikes, before reversing up the supply chain to Glenburn Tea Estate in West Bengal. The relentless energy of your city-based beginnings will make the peace of the plantation all the more sweet.

Where to sip The roofed terrace at Glenburn Tea Estate is the perfect place to take in the mountainous surroundings. As you look out across the valleys, the smaller, greener peaks in the foreground are suddenly dwarfed as their snow-capped elders appear through swirling clouds. Have a pot of Glenburn tea here and there’s a good chance you’ll remember it for the rest of your life. SRI LANKA
In 1824, the British brought a single tea plant all the way from China to Sri Lanka (then called Ceylon), where it was planted in a Royal Botanical Garden and… well, that was that. But of course, the story didn’t end there. With tea exploding in popularity in Britain, wily merchants were soon drawn to the island nation, eyeing up failed coffee plantations for a new purpose. Before long, that lonesome tea plant had a whole forest of companions, with great swathes of Ceylon’s Hill Country given over to tea planting. Fed by mountain springs, this beautiful, lush landscape is still covered by a carpet of tea trees today.

Signature style Once touted as the finest in the world, Ceylon tea became so famous that the industry found themselves in a bit of tough spot when the country changed its name to Sri Lanka. Much to their relief, they managed to convince the government to let them keep the name, saving Sri Lanka’s most successful brand. Ceylon tea usually has a bold, bright flavour with some citrussy notes, so try a cup with a slice of lemon instead of milk.

Where to stay Ceylon Tea Trails is spread across four planters’ bungalows surrounding hill-flanked Castlereagh lake in, wait for it, Bogawantalawa Valley. The houses have been transformed into a collection of suites, each with a distinctive colonial style that transports you back to the days of the Raj – you even get a butler. The views are nothing short of extraordinary, and there are more tea-centric dishes, drinks and activities than you can shake your strainer at.

Where to sip At dawn, ask your house butler for a flask of tea and make your way up the hill to get the fullest view of Castlereagh lake and the surrounding mountains. As the mist hovering over the water starts to burn off with the arrival of the sun, the surface of the lake becomes entrancingly mirror-like. CHINA
This is where it all began. India, Sri Lanka and the other younglings may joust over whose tea is the most famous, but they all bow to their common master, whose tea culture spans  millennia. Because the history really is ancient, the books are a little bit thin on details, but legend has it that the drink was ‘accidentally’ discovered by Emperor Shennong around 5,000 years ago. As the story goes, a tea leaf fell just so, finding its way into his pot of freshly boiled drinking water. He apparently found it ‘very refreshing’, and tea was born. (We’re not entirely sold either, but there you have it).

Signature style This is tricky one, as China really does it all when it comes to tea. There’s everything from eye-wateringly expensive silver-needle varieties to the dark and smoky Lapsang Souchong. The best advice is to try as many types as you can – you’re bound to discover a new favourite.

Where to stay Arriving at Amanfayun, in the hills just outside China’s eastern city of Hangzhou, you feel like you’ve cut right to the country’s heart. The hotel is part of a several-hundred-year-old village that’s been painstakingly restored in the region’s traditional style. Monks stroll to prayer under the shade of the trees, while inside, the rooms have an elegant simplicity to them. It’s truly the perfect place for a contemplative cup.

Where to sip The villagers here used to grow tea, so the hotel is surrounded by fields of the stuff. There’s also an independent tea house with its own ‘tea master’, who will gladly use his wealth of knowledge to guide you through an afternoon tasting. UNITED STATES
The purist may arch a brow at this one, as America isn’t really known for tea cultivation. What it is famous for is a way of serving it: sweet and ice-cold, a formula that  Southerners have long been using to combat the summer heat. One place you’re guaranteed to find the drink is South Carolina, home to the charming city of Charleston, which has held onto its pastel-coloured townhouses and old-fashioned street lamps.

Where to stay The rooms inside the five colonial-era buildings at Zero George Street (which is also the hotel’s address) have been transformed with an artful combination of traditional and modern furnishings, making for a supremely stylish hotel that’s still in tune with its surroundings.

Where to sip The hotel makes a fine sweet tea; sample a glass in the shade of the verandah when the day is at its hottest. For a unique (and rather more potent) version, try restaurant Grill 225, which serves a cocktail by the name of the Sweet Tea Nitroni. Served with liquid nitrogen, which gives the drink a smoky shroud, this cocktail of Firefly sweet-tea vodka and fresh lemonade is a contemporary taste of the South.

About us
Welcome to WordSmith – the online magazine for the Mr & Mrs Smith travel club. Want to know more? Right this way...
Close
Subscribe
Thank you for subscribing!
Trending destinations
Morocco 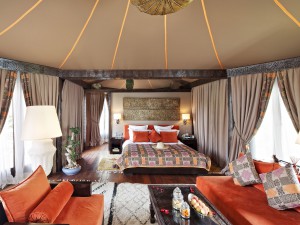 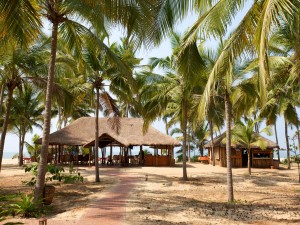 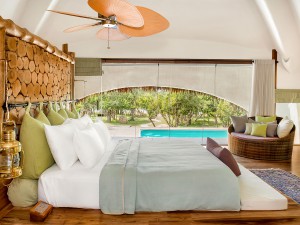 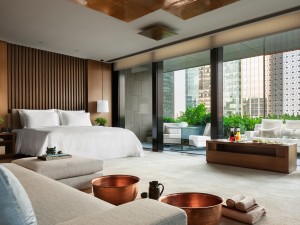 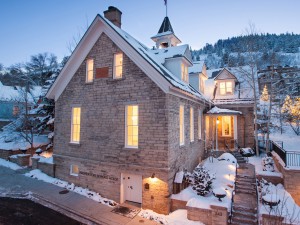