The internet is fond of telling people that Venice is not for gourmands. We say, Venice may not do shocking innovation – but it can more than pique the palate of the foodie flâneur, with bite-size cicchetti served in Venice’s best bacari: low-key Italian tapas bars thronged by locals. Here’s where to head, what to order and a quick lesson on how to order…

Clamber over the Grand Canal via the wooden Ponte all’Accademia and you’re in Dorsoduro, a quieter district where you can escape the crowds. Dip into the glories of Venetian art at the Accademia before heading south down Rio San Trovaso towards Zattere. Just past the first bridge, you’ll hit the Cantine del Vino già Schiavi – an upscale bacaro-cum-enoteca with dozens of wines by the glass (or bottle). Focus on the heavyweight Veneto numbers, and pair with the inventive, super-fresh cicchetti (small plates).

Tasting tip As well as the raw fish and oysters, look out for the parmesan crostini with pistachio and figs; the tuna and leek mini ‘toasties’; and regional wines.

Further down, at the end of the Fondamenta Nani, opposite a ramshackle gondola boatyard (squero), you’ll find the tiny Osteria al Squero, where local students and Sunday ramblers queue cheek-by-jowl for cheap cicchetti and northern Italian wines to savour by the canal. A generous plateful of crostini topped with cured meats and cheeses plus a couple of drinks will set you back less than €20. Take yours outside, prop up against the handy wall and soak up the sun.

Meander down the steps of the Rialto bridge and you’ll soon be surrounded by market mounds of fresh fish and seafood. The best bacari scoop it up early and use it for great-value daily specials; look out for soft-shell crabs from the lagoon or baby squid. If the weather’s fine, head straight to scene-setting Muro Frari in sestiere San Polo for a tableful of antipasti, crudo (cured fish) or the immense seafood platter ‘del Doge’.

Tasting tip Whatever’s on the ‘Sabato in Campo’ set menu: fresh fritto misto with a glass of Soave, perhaps, or prosecco.

Next, grab a canalside perch at Osteria Bancogiro, just north of the ponte on Campo San Giacometto, to snack on garlicky scallops atop squid-ink polenta chips, vitello tonnato (veal in a creamy tuna sauce) and anchovy-foam sandwiches, and curried crudo. Thirsty? Follow the curve of the Grand Canal down to Calle Cavalli for a few glasses of vino at Enoteca Al Volto (Venice’s oldest wine bar). To order like the locals, ask for an ombra (glass of wine) and pair with their famous baccalà mantecato (creamy cod on polenta). If you’re running low on euros, hit Bar All’Arco (San Polo 436) for an ‘I’ll have one of everything’ lunch of dinky delicacies at diminutive prices.

Still hungry? Continue to centuries-old osteria Cantina Do Spade, which crops up in Casanova’s little black book of date-night dens and also has a great menu of regional wines.

Tasting tip They are rightfully proud of their bestselling cicchetti: the tuna polpette, crab claws (chele di granchio) and baccalà-stuffed courgette flowers (when in season).

Unlike Dorsoduro and San Polo, Cannaregio is still largely the preserve of Venetians come aperitivo hour and it’s where you’ll find a few of the more unusual bars (on your way out of San Marco, keep an eye out for eternally young Bacaro Jazz, with its simmering soundtrack and bra-lined ceiling). Stylish pit-stop Ai DiVini sits on the corner of Salizada San Canzian – a tiny wood-beamed gastro joint with steel counters, which has gained favour with Venice’s in-crowd for its trend-tapping offerings.

Follow your nose The best bacari are nothing much to look at – they’re too busy serving customers to care about hipster lighting or natty napery. If there’s a buzz, a crowd spilling onto the pavement, Italian-accented chatter and something tasty catches your eye, go for it.
Cash is king Most local bacari don’t take cards (or don’t take kindly to them); come prepared with plenty of euros (nothing worse than running out just when you’ve spotted some freshly made swordfish carpaccio…).
Check the daily specials There’s almost always a mini set menu based on whatever’s freshest that day (especially near the Rialto fish market); otherwise, just point to individual cicchetti in the cabinet.
It’s never too early for wine Venetians pop in for a mid-morning pick-me-up, a quick post-shopping perk or pre-dinner aperitivo. A tot of wine at 11am is completely acceptable.
It’s never too early for a Spritz If you don’t fancy wine, have an Aperol instead.
It *is* sometimes too late for coffee Italians wouldn’t be caught dead drinking a latte after lunchtime.
Know your baccalà from your bresaola Mastering a few key terms will make it easy to earmark your preferred morsel – Venetian salt-cod baccalà is an unmissable mainstay, for example.

About us
Welcome to WordSmith – the online magazine for the Mr & Mrs Smith travel club. Want to know more? Right this way...
Close
Subscribe
Thank you for subscribing!
Hotels trending in Venice
Palazzo Barbarigo

On the Grand Canal 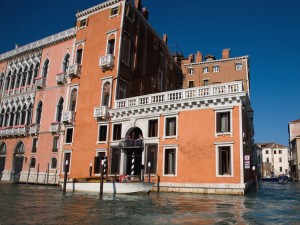 On the Grand Canal
Palazzina G

A stroll from San Marco 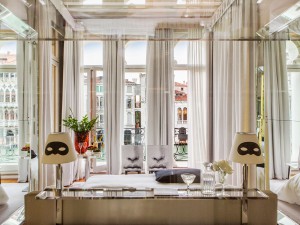 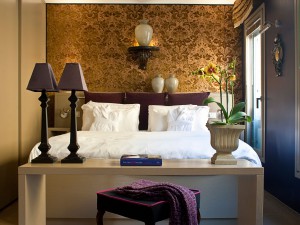 Chilling by the canal 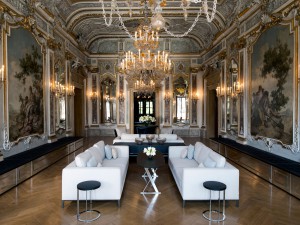 Chilling by the canal
I Qs

Beyond the Bridge of Sighs 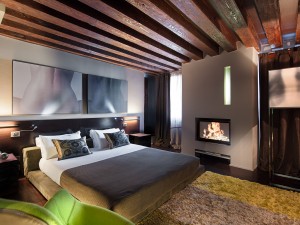 Beyond the Bridge of Sighs