I’m walking through Recoleta’s hauntingly beautiful cemetery: a maze of sarcophagi, statues and crypts belonging to some of Buenos Aires’ aristocratic elite – including the Duarte family and their famous daughter, Eva Perón.

My local porteña guide, Vicky, is shining a light on their stories, in the same way she has done all day, as she steered us through the smart enclaves of Retiro and Recoleta, listing off the best steak restaurants and backstreet milongas (tango parlours).

This sprawling, sultry metropolis runs the gamut from leafy green parks to urban barrios scrawled with street art via up-and-come hipster ’hoods, where the bars and restaurants are straight out of Williamsburg or Kreuzberg, and once down-and-out docklands that have been revived with nature reserves on the doorstep.

It’s a city that reveals itself the more time you spend there – especially with the tantalising prospect of day trips out to the estancia-dotted Pampas, the Tigre Delta and even Uruguay, across the Río de la Plata estuary.

To get to grips the city’s size, I took the BA Free Tour, run on a tips-only basis by Vicky and other knowledgeable locals around either Retiro and Recoleta, or Centro. The former tells the tale of the city’s 19th-century aristocratic past and reaching a crescendo at Recoleta Cemetery, while the Centro alternative is worthwhile for first-time visitors, ticking off the main sights of Downtown, including the Palacio Barolo, themed around Dante’s Inferno, and the pink-hued presidential palace Casa Rosada, where Evita spoke to throngs of Peronists. 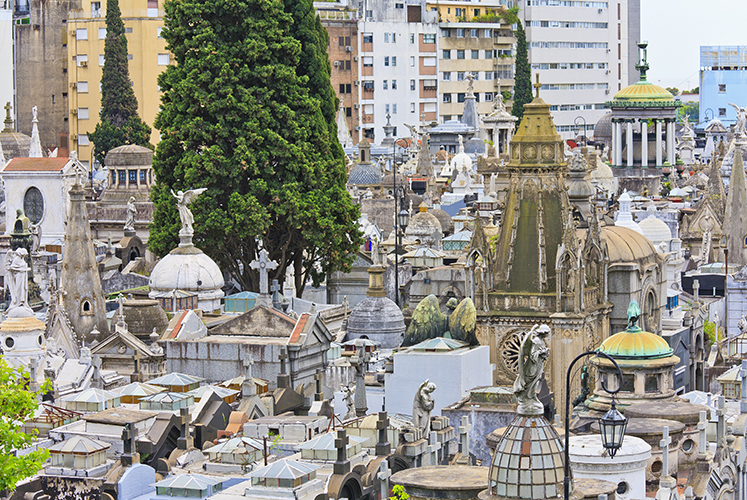 San Telmo – the oldest barrio in Buenos Aires – is top of the visitor’s ticklist, with its cobbled streets and 17th-century colonial buildings that today house colourful cafés and cantinas. It’s particularly atmospheric on Sundays, when the Feria de San Telmo fills the Plaza Dorrego with live tango performances and streetside stalls selling antiques, bric-a-brac and more. Whatever day of the week, there are two decent dining places here: Nacional, which I returned to twice for the lomo al champigñon (beef with mushrooms); and Bar el Federal, a decadent wood-panelled drinking den in the shell of a former brothel.

Speaking of insalubrious activity: taxi drivers will caution you against visiting neighbouring La Boca at night. Despite the caveats, there’s much to recommend it, thanks to the pastel-painted Caminito and its surrounding streets, used by Argentinian artist Benito Quinquela Martín as an open-air canvas in the Sixties. For football fans, La Bombonera stadium, home of La Boca Juniors, is also here, as well as the Fundación Proa art gallery, with installations by Ai Weiwei and a view-toting rooftop cafe.

Two other barrios are worthy of note: Puerto Madero, the revived docklands, which have metamorphosed since the arrival of the Faena Hotel, with its parade of restaurants, bars and late-night venues, including 1920s-themed El Cabaret, home to the breath-snatching Rojo Tango show. Some of the rooms look onto the Costanera Sur Ecological Reserve, a 900-acre parkland of lakes and pampas, where locals go to run, walk and cycle beside the Río de la Plata. Take a walk here along the riverside promenade to grab Quilmes beers and choripán (chorizo sandwiches) from hawker stalls, while watching egrets and spoonbills ply the waters. 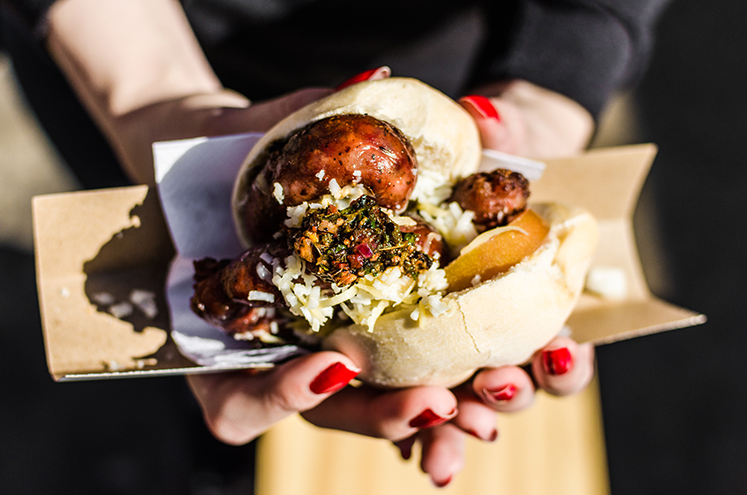 As night falls, hipster Palermo – which encompasses the stylish sub-districts of Palermo Soho and Palermo Hollywood – is the place to be, with the best bars and restaurants in the city. Top billing goes to Parrilla La Cabrera and Parilla Don Julio – two of the finest steak joints in Buenos Aires, Argentina or, arguably, South America – where the phrase jugoso – pronounced hoo-goh-so, meaning ‘juicy’ – will get you far (reservations a must). During the day, I also found the tight cluster of red tables on the streetside terrace of Las Cabras (00 54 11 5197 5303), a good stop for a quick bite and an informal atmosphere.

But if you really want to feel the pulse of Buenos Aires, you have to experience tango the local way, at a milonga. According to Vicky, her favourite is La Catedral, in the residential Almagro district,which has creaking wooden floors, art-hung walls and mismatched, makeshift tables positioned around a central dance area, where locals jump in and out to dance their dance. I haven’t made it yet, but with Buenos Aires, there’s always a next time. 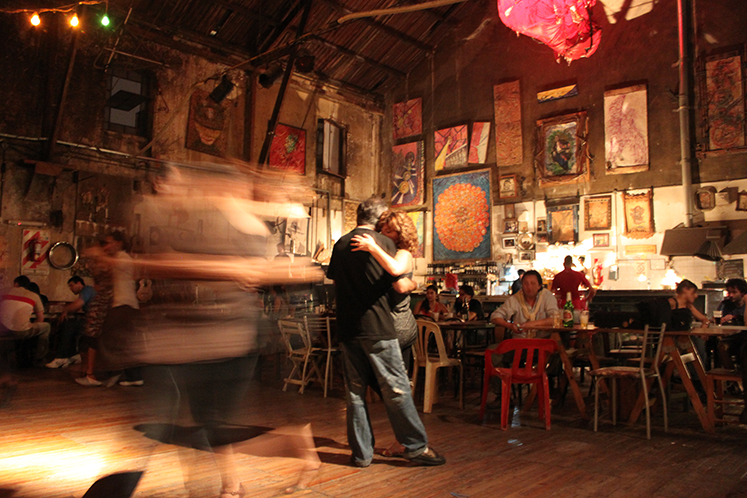 And so to bed… The city’s coolest casas

(£) With a prime Downtown location close to Recoleta and Retiro, Hotel Pulitzer Buenos Aires is a popular choice, cemented by its wallet-friendly rooms, rooftop terrace and in-house library that references Argentina’s literary greats.

(££) Film director turned hotelier Francis Ford Coppola is the man behind seven-room Be Jardín Escondido – his one-time home while scriptwriting in Palermo Soho, with furniture hand-picked by him and his wife Eleanor. True to its name, this now small, stylish hotel centres on a courtyard garden – a green lung in the heart of the city. 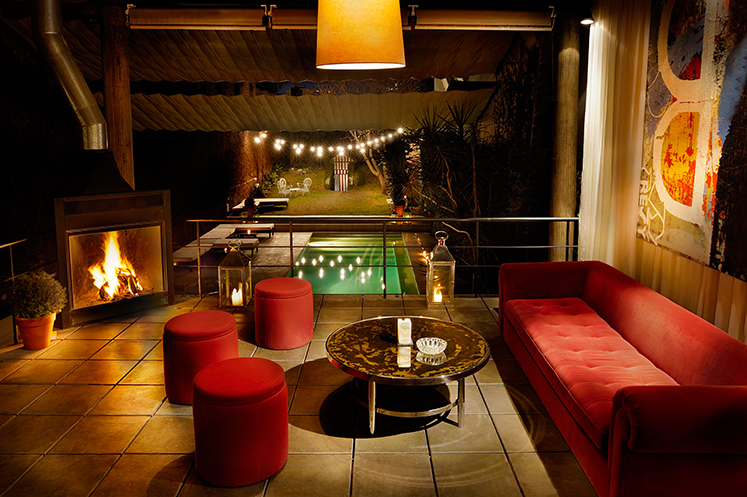 Also in Palermo Soho, you’ll find The Clubhouse, an urban members’ club and hotel, which Mr & Mrs Smith just so happens to have access to. Bright, contemporary rooms, a terrace, two bars and a pool make it a great reprieve after a long day sightseeing (or a late night dancing).

About us
Welcome to WordSmith – the online magazine for the Mr & Mrs Smith travel club. Want to know more? Right this way...
Close
Subscribe
Thank you for subscribing!
Hotels trending in Buenos Aires
The Clubhouse 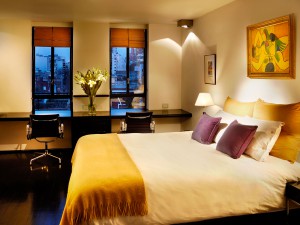 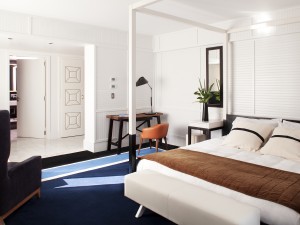 Middle of Microcentro
Be Jardin Escondido 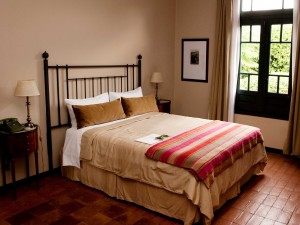 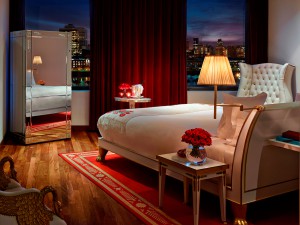 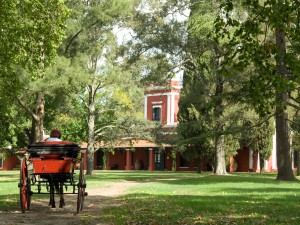