Forget a holiday in the Cotswolds and Cornwall, Brits are increasingly looking beyond the Watford Gap to the midlands and the dynamic cities in the north for a weekend break. With Halifax, Bradford and such being touted as ‘Shoreditches of the North’ (much to locals’ bemusement) and new hotels popping up in Derbyshire, the Lake District and, ahem, Hull – you should calibrate your holiday compass to North.

So, ready yourself for hearty meals, thick-as-gravy accents and pints ‘o’ ale by a warm hearth. We’ve rounded up the hippest new hideouts in the UK’s upper quarters, set in found-their-groove post-industrial cities and poetic dales, alike.

Take a swift spin through Derby city: once a hub of silk mills and railyards (now a leader in car manufacturing) – stopping at the Cathedral Quarter – then set your sights on the ‘shire… The Peak District is a wonderland of supernaturally blue lagoons, Ice-Age caverns, green-flocked dales and tors to scale. Chatsworth House is the stateliest of homes; its decorous halls are a fitting backdrop for excellent exhibitions and genteel dances. Otherwise there are village fêtes and traditional pubs to get cosy in and thrills at Alton Towers theme park.

Where to stay?
Moo kid on the block, converted pub The Cow has one hoof in the 19th century, with beams, flagstones, stone hearths and noble horse paintings. But it’s forward-thinking, too: an electronic room key is sent to your phone before arrival, and rooms have Smart TVs and high-thread-count linens. Pull up a milk-churn stool to sink some local brews in the bar, before filling up on pork scratchings, meaty mains and nursery puds. The Dales are made for rambles. In true Wuthering Heights’ style, there are hills, fells, and moors to waft over (singing optional), craggy rock faces and wild waterfalls – and market towns a pint pitstop. When you’re done seeking out ruined castles, be bidden to the Forbidden Corner, a collection of curious and spooky folk statues. There are tea rooms to put those lacking a northern constitution into a terminal food coma, farm shops and creameries (Wensleydale is the big cheese up here). Black Sheep and Theakstons breweries (and a brace of local pubs) peddle local ales, while teetotal temperance pubs pour out cool glasses of sarsaparilla for designated drivers. Where to stay?
The Malabar is a curious ‘Spice Route diverted through the Dales’ boutique B&B. Within a charmingly cobbled 18th-century hideaway, rooms are robed in sari-style textiles, and breakfasts of locally butchered venison and boar sausages, plus eggs, black pudding and bacon, are washed down with lassis. Guests are served afternoon tea on arrival, the owners deliver tea in bed each morning and they’re just next door if you need anything else. Basically, you’ll live like royalty in a former cattle barn.

Hear us out… Humberside city Hull (officially Kingston upon Hull) has clapped loudly back at detractors with an incredible overhaul of its centre, fueled by its ongoing UK City of Culture designation (awarded in 2017). Humber Street and Ferens Art galleries and the Bonus Arena maintain cultural clout with visually arresting shows, live music and comedy gigs; The Deep aquarium has a shiver of zebra sharks; and Atom Brewery and Humber Street gin distillery wet people’s whistles. The Old Town’s fruit market and the marina are where the action is centred, and large-scale art installations and pop-ups show the city’s commitment to future happenings. Where to stay?
Hideout Hotel Hull, the city’s first boutique stay, has 15 cosy one- and two-bedroom apartments. Set in the Old Town, it overlooks Hull Minster and takes pride of place in the city’s liveliest part. Owner Georgia wanted to create a true sense of place, using local art and furnishings from Hull-based emporiums and vintage stores. Coffee from The Blending Room, picnic hampers from Trinity Market and IPAs from Atom Brewery affirm the surrounding’s burgeoning hipster cred.

Manchester is a spirited minibreak stop with plenty to draw crowds. It’s beloved by football fans, shop-till-you-drop-ers, club kids and music aficionados. Stately Gothic buildings sit alongside buzzy modern developments – all shot through with the youthful zeal of a university town. Dining runs from ‘affordable on a footballer’s salary’ to casual and street eats: with excellent choices across the board. Nightlife still earns its legendary status, with sleek cocktail bars, friendly boozers, velvet-rope clubs and scuzzier live-music venues to hit.

Where to stay?
King Street Townhouse puts you front and centre in the city; so much so, you can see the clock tower of Manchester Town Hall and the Beetham Tower from the on-high infinity pool and upper-tier suites – you’re just steps from the trendy Spinningfields district, too. It’s elegantly dressed with panels of print, some clawfoot tubs, quirky tiling and luxe fabrics. The brass-and-leather brasserie has an old-school air, and both cocktails and a gin-based afternoon tea are served in the bar. Liverpool’s been busy celebrating the 10th anniversary of its European Capital of Culture win this year, and the party’s not over yet. You can see the terracotta warriors of Xi’an at the World Museum and mod Chinese art at the University of Salford, plus an array of globally aware works at Tate Liverpool. And, the Rapid Response Unit installation will see artists react to news stories in real time, with frequently changing public works till December. The city’s eminent philharmonic orchestras are joining forces to commemorate the centenary of the First World War, and there’s an array of musical must-dos. Add a perennially animated ambience with intoxicating nightlife and a badge-of-honour gig circuit and it’s a truly wonderful weekend destination. Where to stay?
Another awards success: Hope Street has earnt the title of Best Street in the UK for its two cathedrals (yes, two), theatre, concert hall and assortment of indie bars and eateries. Along this vaunted stretch, you’ll also find Hope Street Hotel, a coolly minimal stay housed in a Victorian carriage- and coach-building workshop. It still has its grand façade, styled like a Venetian palazzo, but within it’s fully modernised with leather and wood furnishings against original brick walls. Extra boons include fine bistro fare, a pup-friendly attitude, and a duplex penthouse suite with city-wide views.

This district pretty much does what it promises, offering spectacular lakes surrounded by stag-roamed fells, caves, crags and limestone cliffs, vertiginous tarns and mossy moors. It has inspired reams of poetry in its time – the Romantics couldn’t get enough – so bring a notepad for jotting lyrical musings as you wander the landscape. Most visitors engage in brisk, outdoors-y pursuits, by water and land, whether sailing, wild swimming, peak-conquering and ‘ghyll scrambling’ AKA trekking the local gorges. However, there’s a genteel world of tea-sipping, country-pubbing and steam train-trundling amid the dry-stone-wall-edged sheep fields.

Where to stay?
A luxury Georgian stay and an apt descriptor: Another Place is a homey hideaway on the bank of Ullswater Lake – one of the District’s champions. There’s a spa and pool house, plus rooms with plump beds, and fire-warmed lounges, but you’ll be raring to go out and explore the scenery that stretches beyond the hotel’s windows. It’s wholly encouraged (‘active-relaxation’ is the hotel’s rallying cry): Nordic walking, pony-trekking, kayaking and paddle-boarding can be arranged. And when you tire, Another Place will be waiting for you. About us
Welcome to WordSmith – the online magazine for the Mr & Mrs Smith travel club. Want to know more? Right this way...
Close
Subscribe
Thank you for subscribing!
Hotels trending in the UK
Pool House 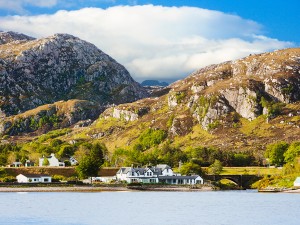 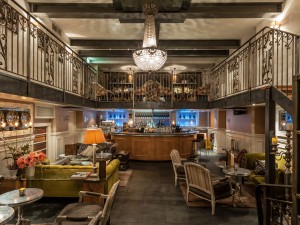 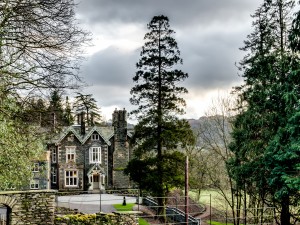 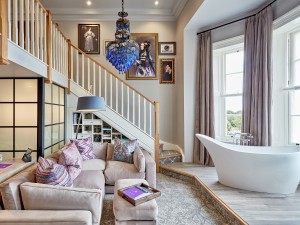 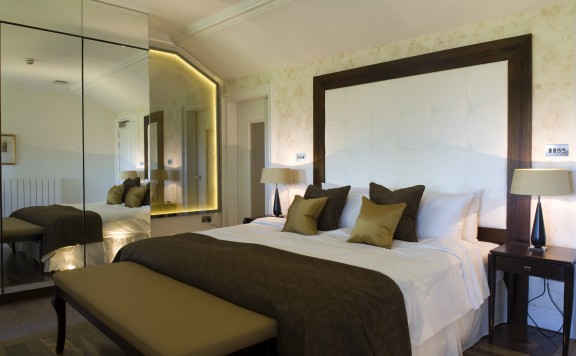