In this summer’s Crazy Rich Asians, American Rachel Chu (Constance Wu) is initiated into a world of almost unimaginable wealth when she flies to Asia to meet the extended family of her boyfriend, Nick Young (Henry Golding), who neglected to tell her he comes from one of the wealthiest clans in Singapore. The film – based on Kevin Kwan’s novel – peels back the curtains on a specific kind of Eastern old-money opulence: mansions opening on inner courtyards of the world’s rarest flowers, chartered helicopters and couture fittings in Paris every spring. While most of us can only glimpse this private world from the comfort of a movie theatre, Cheryl Lu-Lien Tan – whose own Singapore-set novel, Sarong Party Girls, written in bawdy colloquial Singlish, tracks four Singaporean women trolling local nightclubs for ang moh, aka rich foreign husbands – shares her favorite places to visit in the city-state, even if you don’t have billions in the family trust.

For a big night out

‘I’ve loved Wild Rocket for so many years’, says Cheryl, who was raised in Singapore but is now a journalist based in New York, of chef Willin Low’s ‘mod sin’ (modern Singaporean) restaurant. ‘Singapore is so busy and insane and bustling, but this spot at the top of Mount Emily is quiet and serene, a welcome respite from the hubbub below.’ Try the seafood pasta mixed with a laksa (a Southeast Asian curried soup – ‘It’s out of this world’, Cheryl says), and the salad with coconut dressing in the form of a scoop of sorbet – toss with the greens as it melts.

Visit Folklore to experience Singapore’s heritage food – classic dishes that draw from the country’s multicultural roots, with Chinese, Indian, Malay and European influences. ‘Chef Damian D’Silva is Peranakan, or Straits Chinese [those that came over from China centuries ago], and Eurasian [a distinct ethnic group in Singapore, with both European and Asian ancestry] and his menu focuses on that, as well as dishes that he feels are slowly disappearing from Singaporean menus’, says Cheryl. ‘Order the fried rice made with buah keluak (a chocolately Malay black nut that’s usually used in stews). I love his seasonal dishes, too. Debal curry is a Eurasian curry usually made on Boxing Day that features ham, pork ribs, etc, all tossed into a curry. Eurasian families used to make it the day after Christmas as a way of using up all the leftovers.’ The former British army barracks at Dempsey Hill now house some of the cities trendiest bars and restaurants. But seek out Samy’s Curry, which has been located in the old mess hall for decades. ‘This no-frills Indian restaurant is my favourite in the city’, Cheryl says. ‘You get a banana leaf as your plate and the guys come around with tubs of daal, curry, rice, etc, and scoop it out onto your leaf at your request. The masala chicken here is fiery and incredible, and I also like the mutton mysore, fish patties, fried fish and chicken tikka. When you’re done eating, just fold up your banana leaf and they’ll bring you your bill!’

Jazzy, Cheryl’s marriage-obsessed protagonist, and her friends would hit the bars and restaurants at Holland Village or Clarke Quay, where expats tend to congregate and places stay open well into the night. To soak up all the cocktails after a night of drinking, head to Geylang, Singapore’s main red-light district that’s also an excellent spot for late-night eats. ‘I like the beef kway teow (wide flat noodles) at Lorong 9’, says Cheryl. ‘The beef is so tender and soft it feels like it’s practically melting on your tongue, and that beefy, umami-packed gravy that the noodles come swimming in is just incredible.’ To step into the past

‘I have a big soft spot for Changi Village, which still feels like 1950s Singapore’, says Cheryl. ‘It’s a sleepy little neighbourhood by the beach on the eastern part of the island.’ Walk along the beach, take a boat to one of the nearby islands, or choose from the Malay dishes from the food stalls at the hawker centre. And don’t miss the bar Charlie’s Corner, right next door. ‘It’s a lovely place to have a Tiger beer, sit and be lepak (relaxed) for a bit, watching the world go by. I’d advise calling ahead though – the owner sometimes closes up to go fishing if the weather is good.’ About us
Welcome to WordSmith – the online magazine for the Mr & Mrs Smith travel club. Want to know more? Right this way...
Close
Subscribe
Thank you for subscribing!
Hotels trending in Singapore
Naumi Singapore 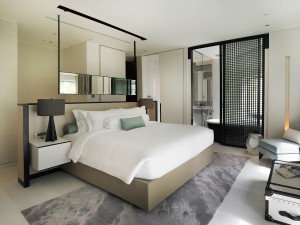 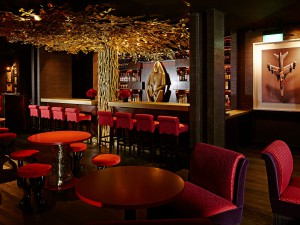 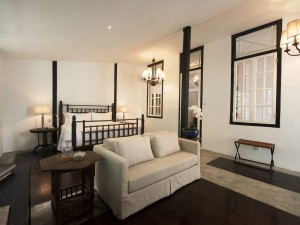 Clash of the centuries 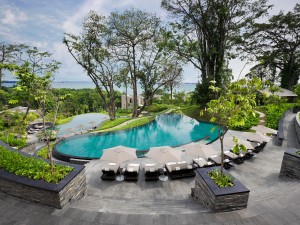 Clash of the centuries
The Fullerton Bay Hotel 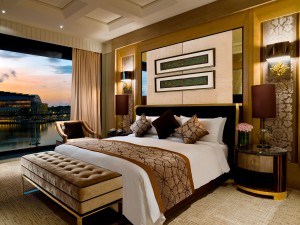