First thing’s first: there’s no such thing as a secret island – the local fishermen and villagers definitely found them first. But unless you want to sleep on the beach, you’ll need somewhere just the right side of discovered to have a decent boutique hotel on the shorestep. Join us for an island-hopping odyssey across Europe in search of sandside seclusion followed by balmy nights beneath star-blanketed skies… 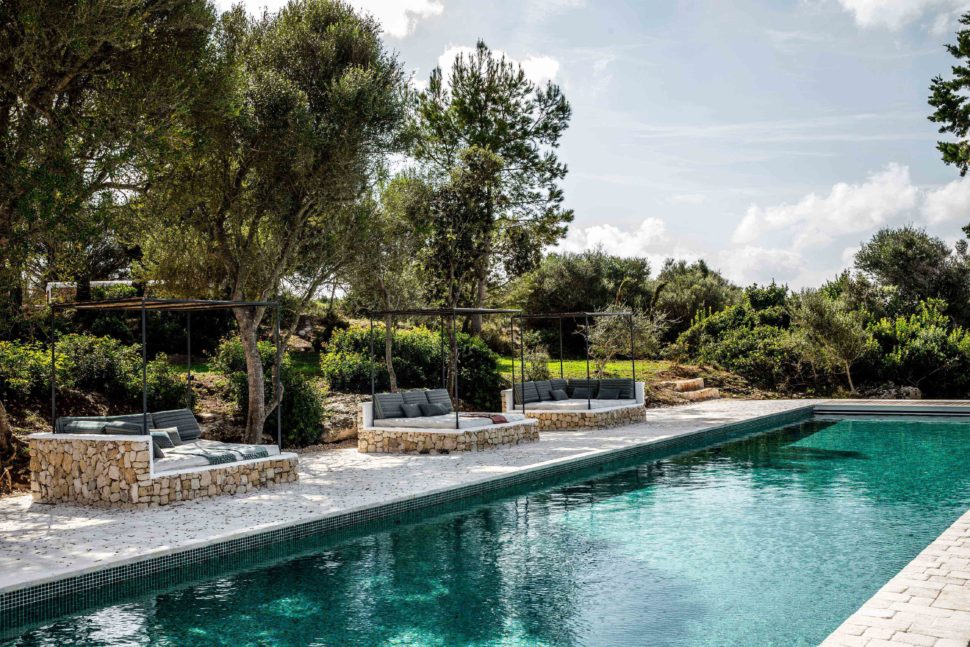 MENORCA
This summer looks set to see the sleepiest of the Balearic isles awake from its slumber, with new openings arriving thick and fast: from hilltop farmhouse turned friend-gathering villa, Es Bec d’Aguila, which flaunts inch-perfect interiors and an entire room given over to an aquamarine cocktail bar, to a hotel from the French-accented Experimental Group, which opened in August amid the cliffs and crystalline waters of Cala de Sant Llorenç. Even Mahón, the compact island capital, is being earmarked for standalone city breaks, with the likes of Casa Telmo signalling increasingly stylish spaces to stay in town. 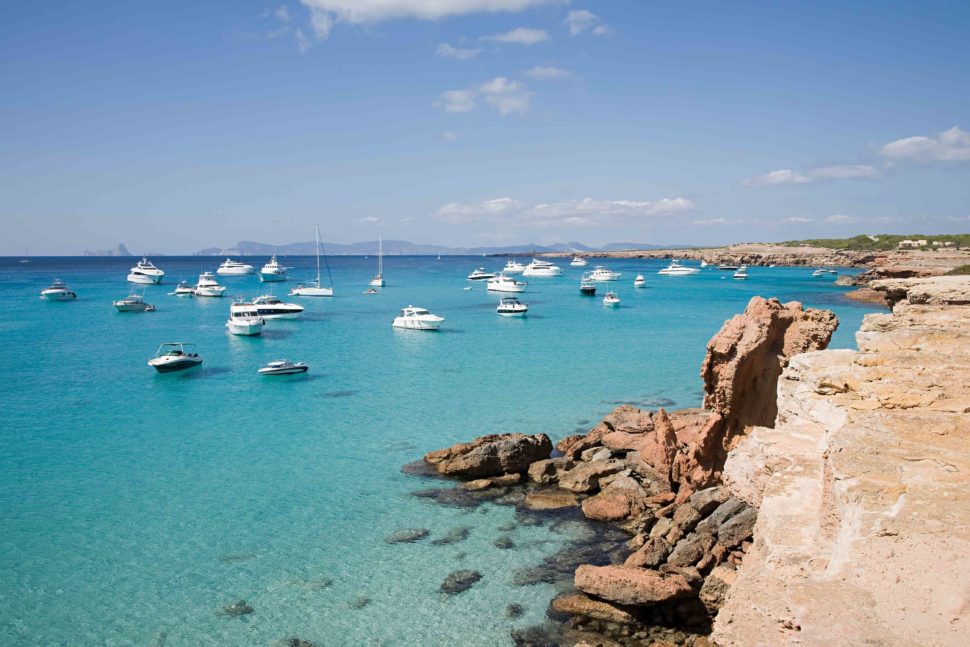 FORMENTERA
Don’t ignore Formentera, either – no one puts the Balearic baby in the corner – which for too long has been overlooked as simply a day trip from larger, spotlight-stealing sister, Ibiza. In summer, you can reach it from the White Isle or from Dénia, south of Valencia. The attraction here is peace and quiet, especially for families, who come for easy, apartment-style stays such as Paraíso de los Pinos and white-sand beaches which wouldn’t be out of place in the Caribbean. Sure, there’ll be day-trippers in the height of summer – mostly around the north shore, where ferries pull in – but once they go, you’ll have the island, and Paraíso’s gourmet restaurant, to yourself, complete with its canopy by olive trees and stars. 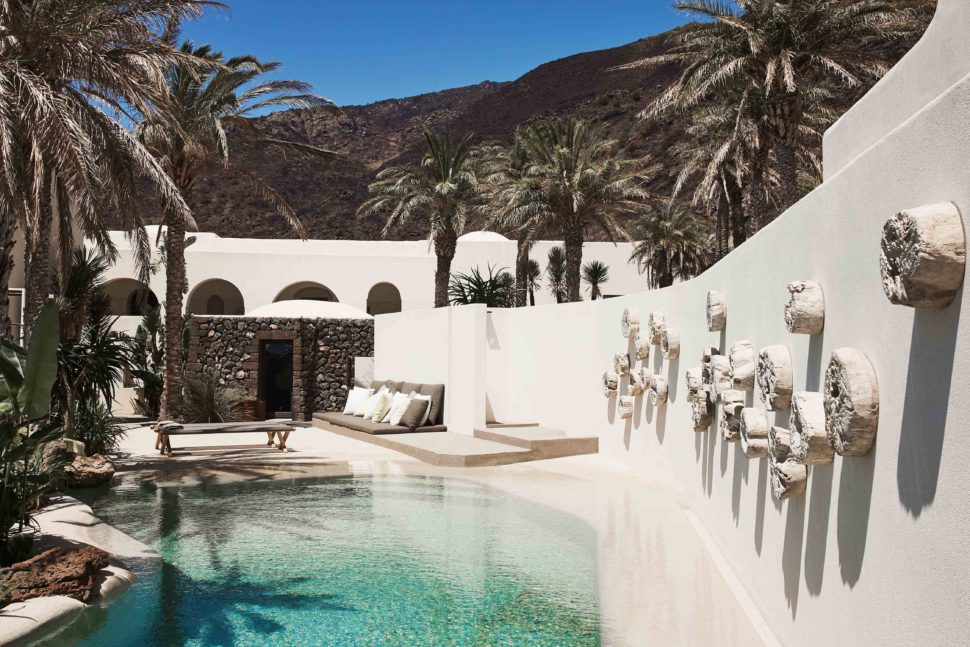 PANTELLERIA
Located midway between Sicily and Tunisia, Pantelleria combines the best of Italian food with the wild, untamed beauty of Africa. If you’ve seen the film A Bigger Splash, you’ll have some sense of its silver-screen good looks. But for years, this volcanic outcrop of geothermal springs and natural cave saunas remained a holiday destination for only a handful of in-the-know Italians (fashion designer Giorgio Armani has a house here). Formerly, they stayed in converted dammusi (old agricultural buildings), but the recent opening of Sikelia – the island’s first luxury hotel – has really put Pantelleria on the map, with a spa that uses volcanic mud and local passito wine served in the hotel’s restaurant. 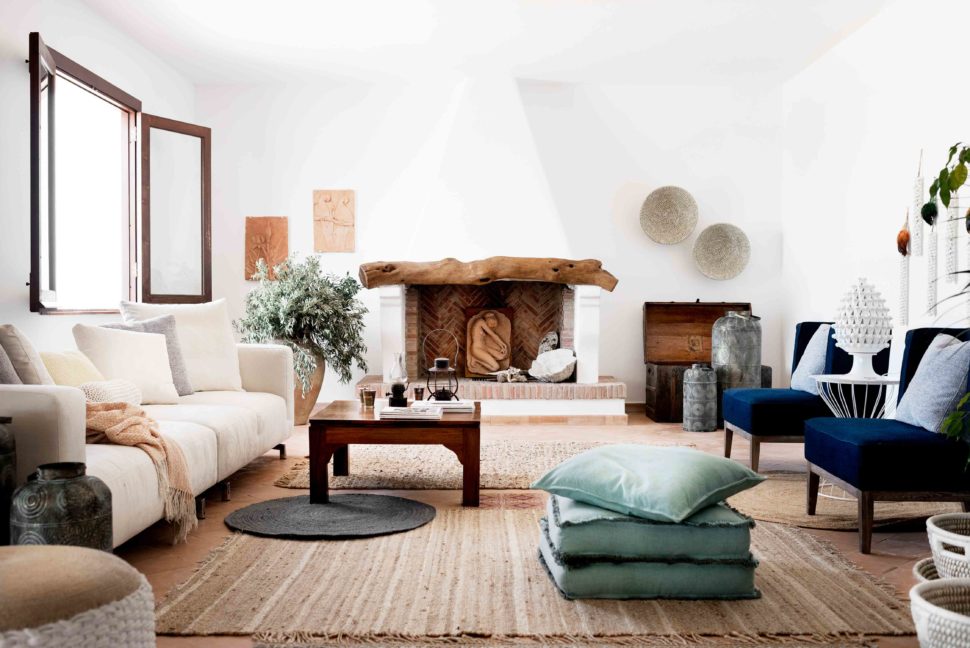 SALINA
Another of Italy’s under-the-hat islands is Salina and its attendant Aeolian archipelago. North of Sicily in the Tyrrhenian Sea, this dusting of volcanic specks lays on spiaggia-side restaurants where seafood is the order of the day, plus climbing trails, calderas and black-sand coves around every craggy corner. Salina, whose unspoilt beauty was laid bare in the 1994 film Il Postino, is our top tip for total seclusion. Grab a post-swim granita at Da Alfredo, dinner at shorefront Porto Bello, then slope back to hotels such as Principe Di Salina – whose whitewashed rooms are straight-out Santorini, but whose prices are anything but. 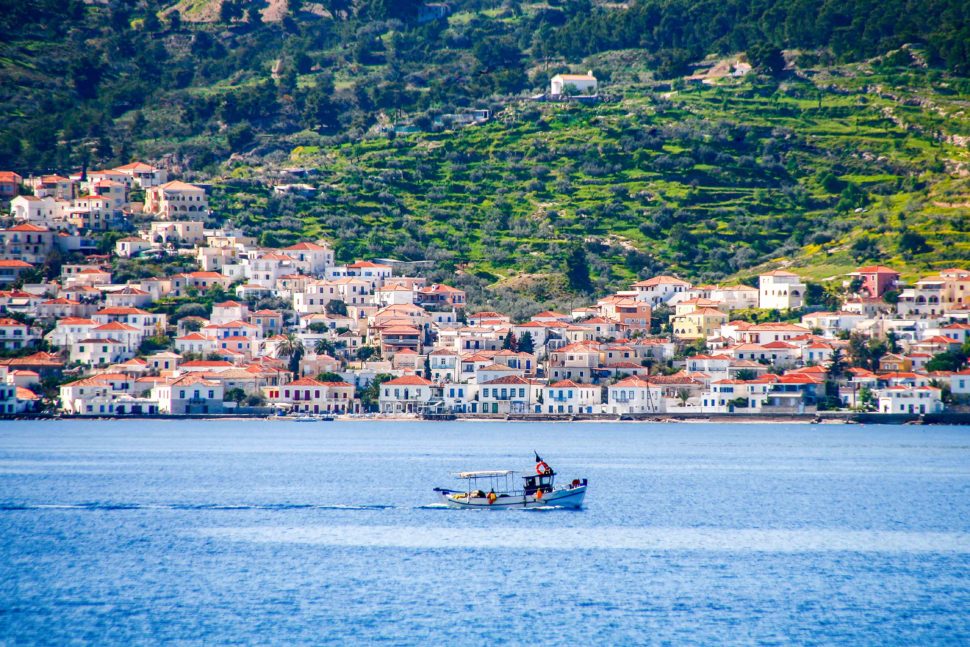 SPETSES
On the Greek Island of Spetses, salty sea air mingles with stylish cafes and boutiques. Its airport-free status is a blessing that rewards those who travel from the Athens port of Piraeus to the island by hydrofoil. Indeed, it’s mostly Athenians who covet Spetses as a reprieve from the stifling city heat. They stay at the Poseidonion Grand, which lives up to its name, with a waterfront location in pine-scented Pityoussa and a design that’s lavishly modelled on grandes dames hotels of the Côte d’Azur. Interiors are cool and calming, with double-height ceilings conveying a sense of Golden Age grandeur and cocktail hour on the terrace transformed by sunset views across the Saronic Gulf. 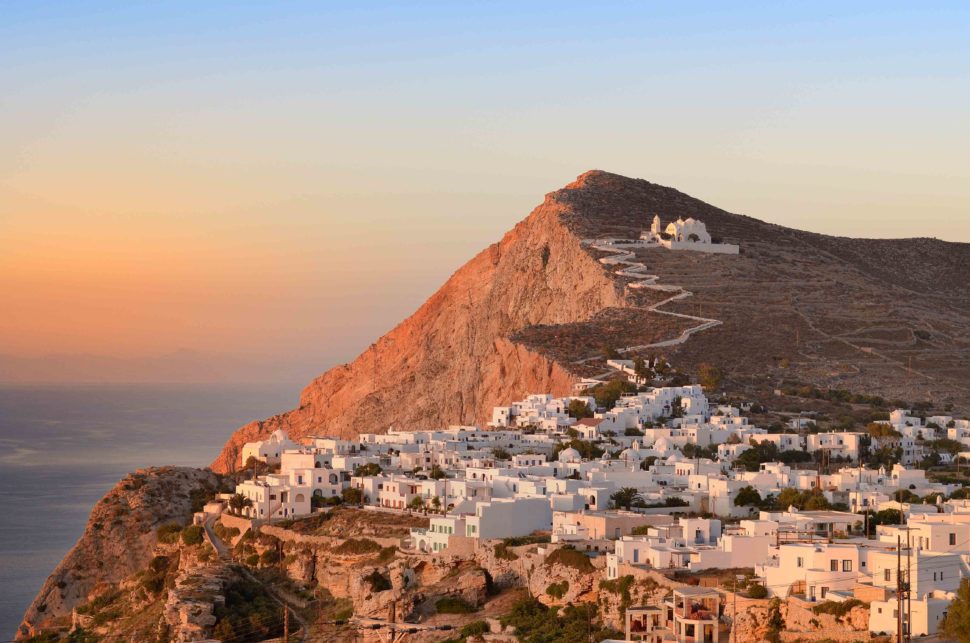 FOLEGANDROS
The main Chora (town) of this Cycladic isle does a fine job mimicking the ideal Greek village. Sugar-cube-style houses snake up a pyramid-esque cliffside and a cherry-on-top chapel completes the tantalising confection. Yet, despite all this drama, you’ll be met with blank stares when you mention you’re going to Folegandros – despite it being only a 45-minute ferry ride from Santorini. But who cares when you’ve got a hotel like Anemi (almost) to yourself, with architecture so authentic it might well be the Chora itself and an atmosphere that permits you to do nothing very much at all. That said, don’t miss the breakfast, which fuses the freshest island herbs and flavours to produce hearty Hellenic feasts each morning. 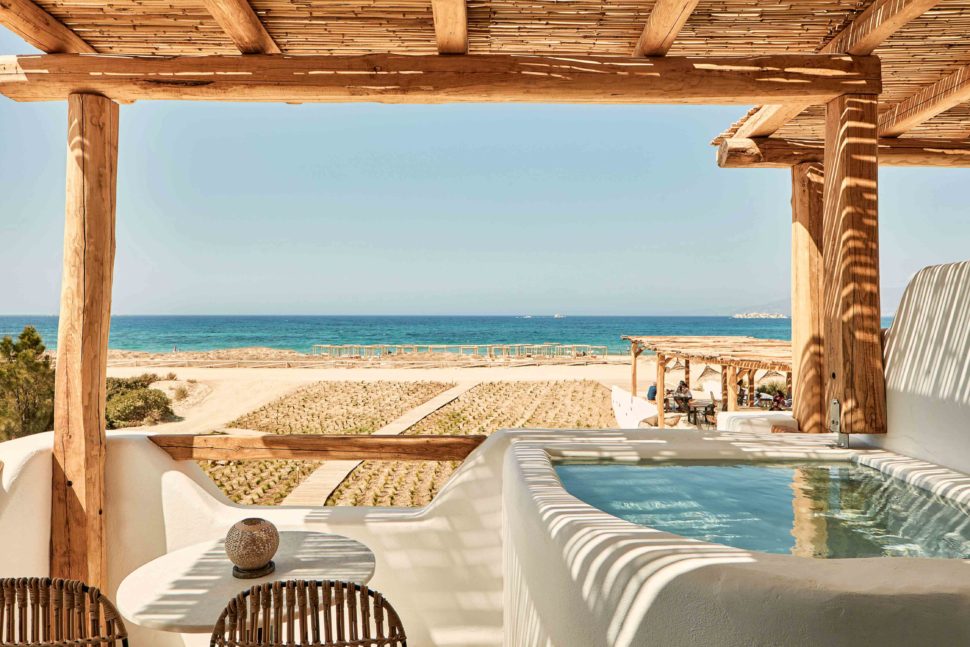 NAXOS
Continue your island-hopping on to Naxos, linked by ferry with Folegandros in just over two hours. The largest of the Cyclades isn’t exactly under the radar, but compared with its nearby sister Santorini, you’ll have plenty of space to swing a sunlounger. For the best chance of solitude, head to the south-west coast – ideally in late spring or September – which runs like one long beach between Agios Prokopios and Agiassos. On the two-mile stretch of Plaka, nautically inspired Naxian on the Beach has a sea-surveying Tortuga restaurant that serves shrimps with orzo and smart day beds lining the sandy shore. Even better, there are just 10 suites, reserved for couples only, so you’ll be free of crowds, even in the height of summer.