Few natural wonders rival the sheer majesty of the Northern Lights. From iridescent greens to canary yellows and Prince-worthy purples, they rain down with predictable unpredictability every winter, pulling aurora hunters ever closer to the magnetic North Pole. Of course, there’s no guarantee of seeing them – that’s what makes them special – but you can put yourself in pole position with our guide to getaways that give you a ring-side seat of glimpsing the aurora. Prepare to be dazzled… Spy the lights from the Mirrorcube at Treehotel in Sweden

TREEHOTEL, SWEDISH LAPLAND
The seven otherworldly rooms at this stand-out retreat in Norrbotten County are so distracting, you might forget about the Northern Lights completely. But they are there – so climb up into your treetop perch and be on high alert. Deep in the forested, snow-draped folds of Swedish Lapland, you can sleep in a suspended, spherical UFO, a cabin-like Blue Cone or – our favourite for aurora hunters – the Mirrorcube, which has  reflective-glass walls and large windows on the cusp of a forest clearing. Among the hotel’s extensive winter pursuits, you can embark on a Northern Lights snowmobile safari and an aurora-themed photography tour. DEPLAR FARM, ICELAND
This turf-topped former sheep farm on Iceland’s far-flung Troll Peninsula whispers of wilderness – especially in winter, when you can watch the aurora straight from the lodge’s geothermal infinity pool. Seasonal activities range from heliskiing and ski touring to snowmobiling and whale watching in Iceland’s glassine fjords – there’s even an on-site ‘play room’ with all the necessary gear for outdoor pursuits. In truth, you could just be lazy – curl up in one of the country-style bedrooms, sit in the fire-warmed lounge, dine on meals of mountain lamb and Icelandic char – and you’d still have a chance of catching the light show. FOGO ISLAND INN, CANADA
Off the crinkle-cut coast of Canada’s Newfoundland province, Fogo Island stands in complete isolation. Until recently, a scattering of fishermen’s huts and hardy caribou herds were all it had to recommend it. But since 2013, it’s been home to the landmark Fogo Island Inn – a stark, minimalist beauty designed by Newfoundland-architect Todd Saunders, which stares out across the Atlantic. Although the 60th parallel is the traditional frontline for the best Northern Lights’ displays, Fogo’s subarctic landscape and far-flung location renders it something of an anomaly. Go in November for the best chance of seeing the lights, and aim for the rooftop deck, where the hotel’s hot tubs are the place to settle in. You’ll be lucky to catch them, but if you don’t, the stargazing is sublime year-round and activities such as snowmobiling, snowshoeing and sledding provide ample distractions. POOL HOUSE, SCOTLAND
The pollution-free skies of Scotland’s remote Wester Ross region make it a prime spot for aurora hunting. Yes, you have to pick your moment, but sign up for alerts from Aurora Watch UK and you’re in with a shot. On the Highland shores of Loch Ewe, family-run Pool House is a perfectly placed home-from-home, with a history that stretches back 300 years to its days as a fishing and hunting lodge. Bag one of the antique-packed rooms and sit back, single malt in hand, to watch the lights unfurl. Seals, otters and seabirds patrol the waters and dramatic Highland scenery rises all around.

About us
Welcome to WordSmith – the online magazine for the Mr & Mrs Smith travel club. Want to know more? Right this way...
Close
Subscribe
Thank you for subscribing!
Trending destinations
Nimb Hotel 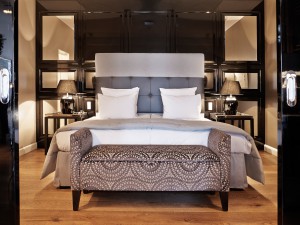 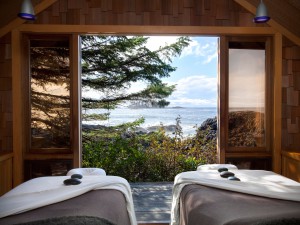 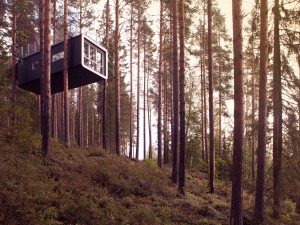 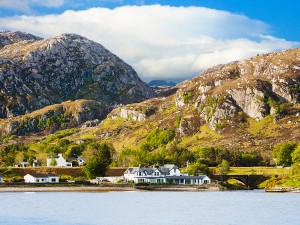 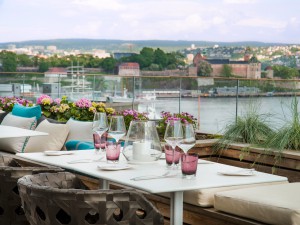