The German capital is befuddling on paper: it has no financial center, yet it houses Europe’s bustling startup culture. It’s open-minded and carefree, but you’ll get a cold shoulder if you bring any pretense. It has a dark history, but some of the world’s happiest citizens (who seem to thrive on moonlight, not daylight). But uncovering the mystery of Berlin is a true joy, so here are five things to note before you book your flight.

1 You can’t count on credit.
That Visa might bail you out in most corners of the world, but Berlin vendors prefer cash – and, if they do take card, it’s often limited to local German banks. Even the public transit system will bounce most international credit cards. So, come with a lot of cash, or find an ATM (look for ‘Geldautomat’) that takes your card; even some of those won’t accept cards from outside Germany.

2 The best nightlife is on Sunday morning.
You can’t leave Berlin without indulging in its wild nightlife scene. On one hand, it’s the techno capital of the world, attracting the best DJs at clubs like Tresor, Berghain, and Sisyphos (most of which are open and active from Friday evening until Monday morning). However, the headliners of each venue don’t go on until the sunrise hours of Sunday morning, which is when all the locals pack the club. So, plan your Sunday accordingly; you may be tempted to stay at the club the entire day (we suggest booking a flight that doesn’t leave until Monday afternoon, at earliest).

3 It’s the most open-minded city in the world.
People flock to Berlin to fully realize themselves, to wear a new hat, to escape judgment. For that reason, you’ll spot some wild haircuts and mismatched outfits, but more importantly you’ll feel the lack of any pretension. It’s ‘come as you are’, and if Berliners sense any bit of judgment from you, they’ll let you know it. (In fact, many of the city’s famous nightclubs are notoriously difficult to access for this reason; the bouncers filter out people who might compromise the ‘anything goes’ vibe that thrives inside.)

4 The best food isn’t German.
Like any metropolis, Berlin is a cultural amalgamation. Thanks to a robust Turkish population, you can get a three-euro kebab at any hour of the day, on any busy corner. The most popular restaurants are Vietnamese or Thai (we recommend Monsieur Vong and Transit, respectively), and the most popular street treat is currywurst. (OK, so the wurst is German, but it’s sliced and covered in delicious curry sauce and best served with fries.) Order it with a sugary-sweet Club Mate and you’ll have earned your stripes. However, the best alcohol is German; you’ve got the most delicious and inexpensive beer at your disposal. Cheers to that!

5 Wait for the green light.
We’re all accustomed to jaywalking. If there are no cars in sight, you cross because you’re a responsible adult. However, in Berlin (and in much of Germany), that isn’t the case. You wait until the light turns green. When it comes to any means of transit, there’s a strict order in the city. This is probably why the U-bahns, S-bahns, and buses consistently arrive on time; better yet is that bicyclists (despite dangerously sharing the sidewalk with pedestrians), will patiently yield to anyone afoot. Our best advice: Wait for the green, look both ways (for bikers and cars), and be polite. This isn’t New York – save the profanities and respect the rhythm.

About us
Welcome to WordSmith – the online magazine for the Mr & Mrs Smith travel club. Want to know more? Right this way...
Close
Subscribe
Thank you for subscribing!
Hotels trending in Europe
Anna Hotel 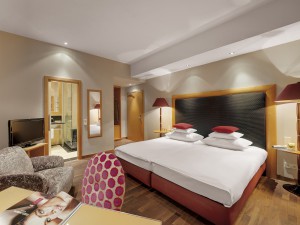 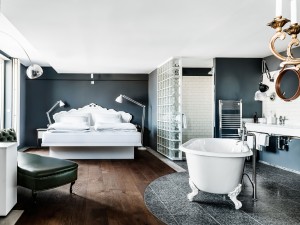 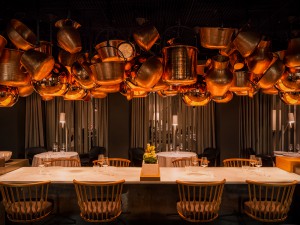 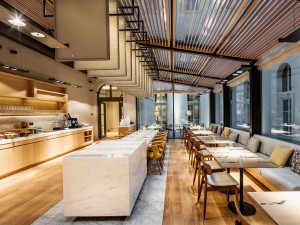