In 2012, Molly Guy started something of a revolution. It was a full-fledged, no-holds-barred assault on rhinestones, ruffles and the kind of attitude that leads to swarms of pouty adults bemoaning, ‘but it’s my special day!’ Yes, Molly took on the wedding industry. And in the end, she turned it on its over-rhinestoned head with the launch of her chilled-out, New York City-based bridal atelier Stone Fox Bride. For that feat alone, we have unwavering respect for Molly Guy. When she later instructed Vogue readers (Molly’s a contributing editor) to write a postcard every day and “never look at your body naked under a fluorescent light”, well, that was just the cherry on top. In fact, we’re such fans of the bridal rule-breaker, we asked her to be a judge in the upcoming Mr & Mrs Smith Hotel Awards. She’ll be lending her eye to the World’s Sexiest Bedroom category, as she knows more than just a little somethin’ somethin’ about romance.

As we know she’ll soon be swamped with publishing engagements – her book Stone Fox Bride: Love, Lust, and Wedding Planning for the Wild at Heart comes out in December – we caught up with Molly in her Williamsburg, Brooklyn flat to talk packing, peacocks and honeymoon planning, as well as ask the hard-hitting questions, such as ‘Where did you get that magnificent crystal?’ 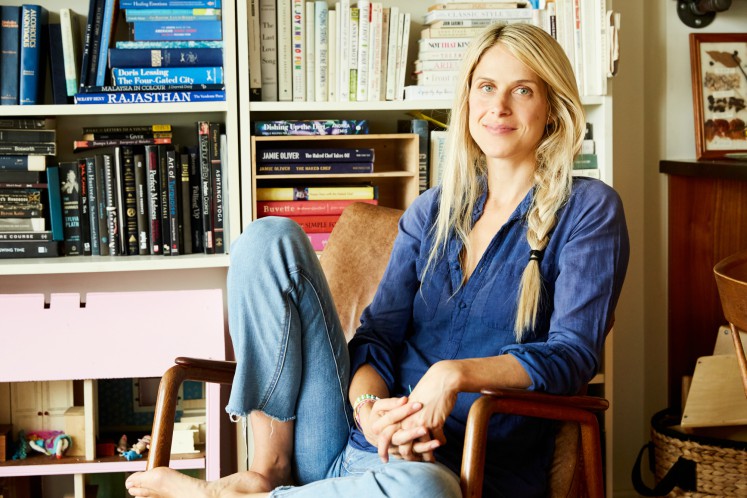 Most recent trip?
South Haven, Michigan to my family’s cabin on the lake. I’ve been going there every summer since 1977!

Next trip?
I’m headed to Chicago this weekend to hang with my high school friends. This summer is all about #midwestisbest, baby!

A trip you took in the last year that fired up your creativity….
Tulum always mellows out my mind and gets me good and jazzed to read and write.

Luggage of choice?
Would love to say my vintage monogrammed Louis Vuitton, but most likely its some really un-chic black rolling bag from Bed Bath & Beyond that has my kids’ scribbles all over it 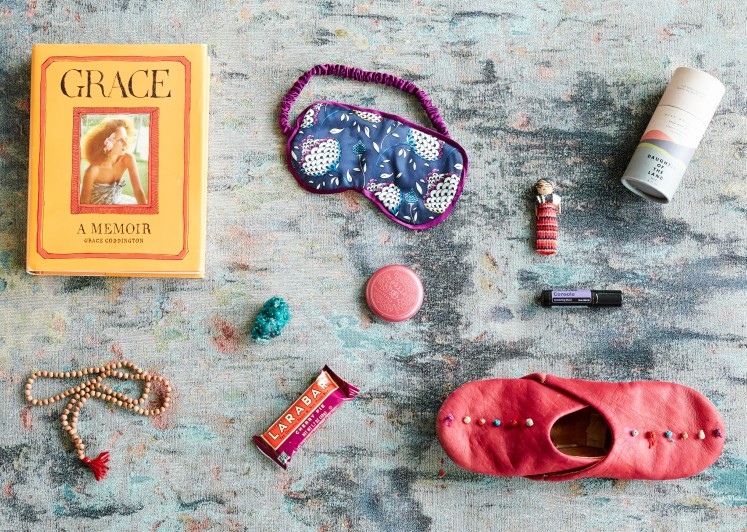 What’s in your carry-on?
Top row: Grace Coddington’s memoir, an Olivia von Halle silk sleeping mask (I’m also obsessed with her pyjamas!), a worry doll I got at a flea market in Mexico City (I keep it tucked in my bag to ease any anxiety), and a moisturizing oil by Daughter of the Land (my friend makes it and another friend designs the packaging)
Middle: A travel-size crystal from Maine that keeps me grounded and empowered, Stila blush, and a blend of essential oils called Console by doTerra (I rub it on pressure points; it’s great for treating migraines)
Bottom: Buddha beads (I get anxious on flights, so I carry protection in spades), a cherry pie Lärabar (my go-to airplane snack – hits the spot every time), and babouche slippers, which make for ideal footwear for flights (we sell them as bridesmaid gifts at Stone Fox Bride)

The first thing you do after checking into a hotel room…
Open the window wide and take a hot shower!

An ideal hotel must have…
Screaming peacocks in the trees a la Hotel Diggi Palace in Jaipur, one of my favourite places in the world

The best hotel bed you’ve ever experienced?
GoldenEye all the way. It was a king-size, four-poster bed. The big, bright moon was shining over the ocean outside and I listened to the water lap against the dock as I snuggled deep into thousand-thread-count sheets….

Your favourite room-service meals?
Breakfast: almond-milk latte and a bowl of berries
Lunch:  a turkey club, seltzer, fries and a side of avocado
Dinner: chopped salad, cheeseburger and a slice of chocolate cake
(I don’t do the 3am room-service meals. Sorry, so boring, I know.) 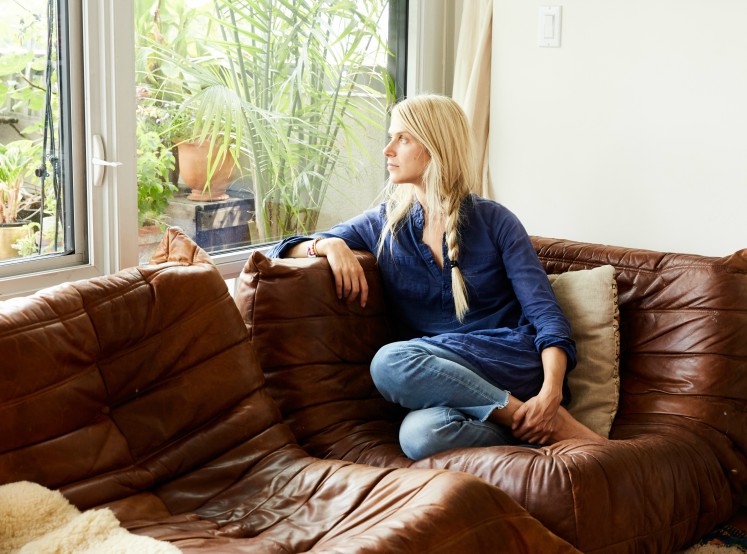 The best in-flight reading you’ve done lately?
I think I snuck in a Vogue Paris while my daughters were drunk on an iPad movie a few flights back.

The most bizarre movie pick you’ve made on a flight?
I watched La La Land twice in a row without sound.

The strangest thing you’ve done in an airport bathroom?
I had sex with my boyfriend Jason on a ValuJet flight in 1995.

The best souvenir you bought this year?
I don’t buy souvenirs, as I hate all kitsch and clutter. Wait! I did get my daughter a Pez dispenser from the Cancun airport this past December, but we left it on the plane…

You hate souvenirs, but I hear you made an exception for a keepsake from India. Tell us about it…
I bought a giant crystal in Jaipur. I had been doing yoga in the middle of the jungle in Goa, so I just had this tiny bag with me. But when I saw this crystal I just thought it was so beautiful and really, really reasonably priced, so I bought it. I ended up dragging it all over Rajasthan. It was so impractical.

Now that you have it home in Brooklyn, do you use it to perform any rituals?
No, I just look at it and roll my eyes. 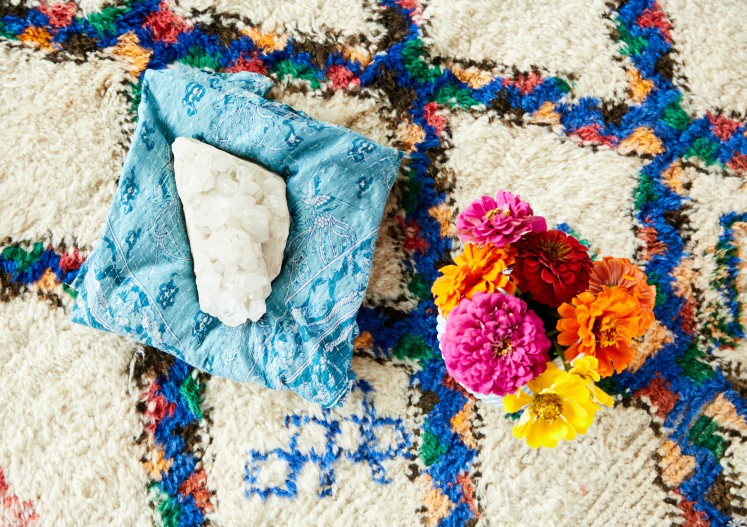 Stone Fox Bride’s mantra is ‘Fuck Weddings’. What would you say fuck it to in the travel industry?
Fuck all airlines that don’t accommodate a traveling haggard mama with young kids, such as myself, burdened by breast pumps and poopy diapers and squirming toddlers crawling up the walls of the plane. Would it be too much to ask for a tiny private pod in the back near the jump seat to place babe to boob or wipe an infant’s ass? (Side note: don’t fuck with the #Fox, as evidenced here.)

What advice would you give to Stone Fox Brides about honeymoon planning?
No biggie if you don’t have mind-blowing sex every night; that’s a total bogus urban legend.

Same goes for intimate, awesome eye-contact-all-the-way engaging conversation over breakfast, lunch and dinner. And you and your partner don’t need to spend the entire trip deeply enmeshed and side by side. Be sure to enjoy some solo hours to process what it means to be newly betrothed. 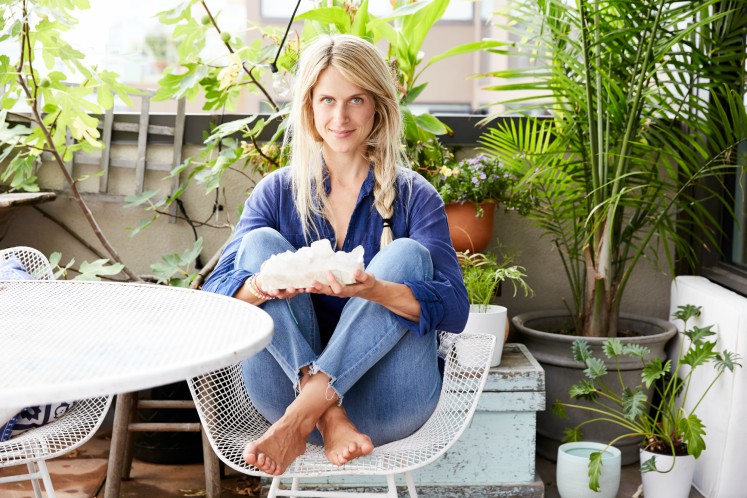 What are three things someone visiting NYC should do?
Take the ferry to Governors Island.
Donate to Planned Parenthood.
Go to the Neue Galerie.

Your favourite song about travel?
I mean, I’m a child of the 90s with a 60s soul, so obviously it would be ‘California’ by Joni Mitchell.

If you could ‘accidentally’ pick up someone else’s suitcase at baggage claim – anyone in the world – whose would you pick?
Toss up between Amma the ‘hugging saint’ and Bill Walton. 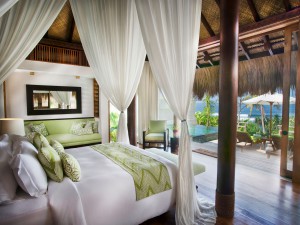 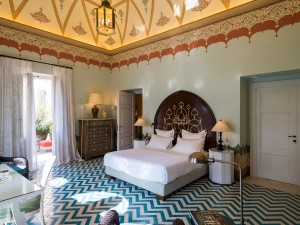 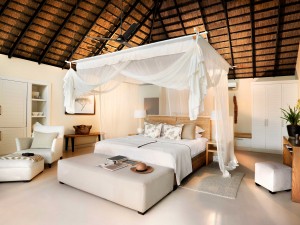 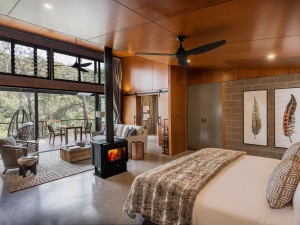 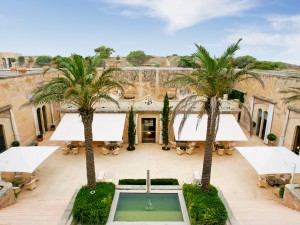 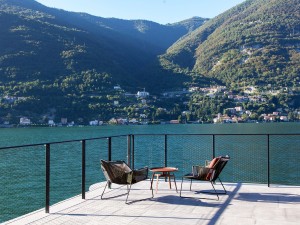